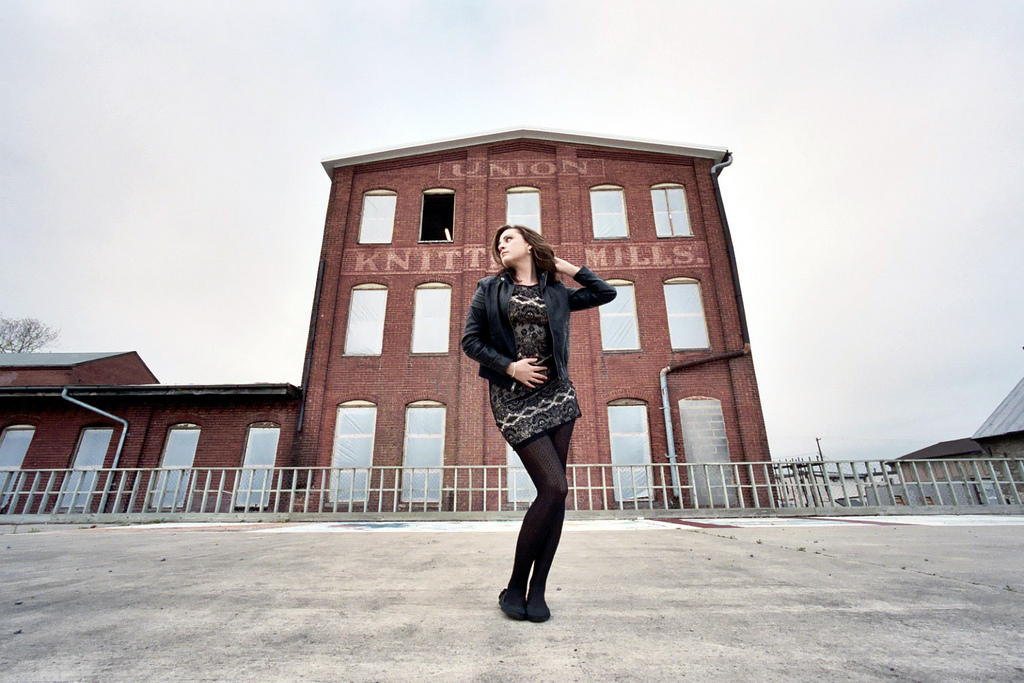 What are your go-to focal lengths?

I shoot most of my work within the 50-90mm range.  But everyone needs a jump-start to their creativity once in a while.  A different lens can help us take our work in different directions but also can improve what we already do.  Yes, folks, the equipment matters.

Previously, I had no interest in super or ultra wide-angle lenses.  My introduction was tarnished by, what I consider, gimmicky and juvenile fish-eye photos or undisciplined use of the wide end of common zoom lenses.  Also, hauling around a special effects lens that only gets used for a few shots among more “normal” ones makes my shoulders complain.

But then I found that the Voigtländer 15mm 4.5 Heliar II challenged my lame conclusions.

Curvilinear wide-angle lenses are more common.  As we all know, curvilinear lenses that are wider than about 50mm exhibit barrel distortion.  This is the tendency of lines in the image to curve inward.  The wider the lens, the more distortion and as you get into super and ultra wides, images resemble full spheres.  I have never been a fan of this no matter how many GoPro videos I’ve had to suffer through.

Rectilinear lenses distort the opposite way; they exhibit pincushion distortion, with a tendency to curve outward.  Additionally, a good rectilinear wide, which the Voigt 15/4.5 is, maintains straightness of lines, fully eliminating barrel distortion.  This is great for architecture because you convey a sense of space by exaggerating scale.

Just as with a curvilinear lens, a rectilinear lens can also display perspective distortion.

Unlike barrel and pincushion distortion, perspective distortion is independent of focal length and deals only with distance from lens to subject.

Another way to use perspective distortion is to bring your subject very close to the lens, making what of them is closer to the lens appear larger while the part that is farther, shrinks away quickly.

When this kind of perspective distortion is exercised with a fish-eye wide, the subject becomes bulbous too.  But notice that this VW does not exhibit unnatural bulge.  Lines remain perfectly straight but the shape of the car is simply widened and elongated at the front.

While these images may look pretty straightforward, they are not easy to achieve.  If the rectilinear wide is not perfectly parallel to your subject, you will find perspective distortion where you may not want it.

Here, we again see our lovely model, Tricia.  Her head and face have become slightly elongated due to my failure to position her far enough away or centered and to keep the Heliar perfectly parallel to her.

It’s probably a lot easier to use a rectilinear wide on an SLR rather than a rangefinder, where you can actually see the effects that the lens are having on a scene.  Not to mention the ability to compose more tightly.  Perfect centering and angling is critical to making a good photo with the 15/4.5.  I think I shot five closely similar versions of this Studebaker just to get one right.

In fact, sometimes it’s easier to shoot from at a quarter angle and forget about trying to coax perfect symmetry out of this challenging little lens.

Because composition is so critical with the 15/4.5 Heliar, I found myself wanting a tripod.  But that would spoil the compactness of this brilliant little lens!  So I found that a Leica tabletop tripod is just what I needed for critical work.

I mount my tripod to my camera, set the rig on the ground, lay down and peer through the finder.  You can get into using levels and even pocket lasers to line things up exactly.  But I find that if I make the flat front of my Leica M6 or Voigt Bessa R2, parallel with the plane of the subject, this works fine.

The brightline viewfinder mounts to the slight left of the taking lens making better triangulation with the built-in viewfinder for focus.  But with the 15, I want to find dead center of my composition, so I have learned to compose slightly off center in the 15mm finder so that the actual taking lens is lined up perfectly.

With all this effort required for a rectilinear wide on a rangefinder, why bother shooting this lens when you could just get a super wide for your SLR?

Well, something cool about rangefinders and wide lenses is that, because of the lack of a flipping mirror, lens designers can put the rear element frighteningly close to the shutter curtains.  This results in a very compact lens since much of the helical is actually taking up residence inside, rather than outside the camera body.  It also results in Hella high resolution!  The 15/4.5 routinely out-resolves my scanner and the images just jump off the negatives.

While I’m out bending space with my Voigt 15mm Heliar, I also like to bend time.

As a 50mm and up shooter, I am also accustomed to never letting my shutter drop below 1/60th without a tripod.  I may hold my breath on a 1/30th shot from time to time but even with a Leica rangefinder, I prefer not to gamble to ensure the clarity of an image.  With a 15, you can handhold at 1/15th of a second!  No special breathing, etc.  This invites more fun with physics!

The CV 15/4.5 is one of the most popular modern M mount lenses out there.  As with all Voigtländer lenses, it’s a fraction of the cost of Leica but seeks to please both the camera-fondler and the grain-sniffer.  It succeeds at everything!

Check out the points of light and beautifully controlled flaring when stopped down.  That’s not cross hatch filter or Photoshop effect, that’s the natural awesomeness of the Heliar 15!

Version I of the lens was an uncoupled LTM mount.  Version II, which is what I took all these photos with, features the same optical formula in the M mount but with some ergonomic improvements and is coupled to the rangefinder.  Version III is M mount but considerably larger because it was designed to make the digital crowd happy with less intrusion into the body cavity with its rear element.

I am glad that the 15/4.5 Heliar was so popular that Cosina felt the need to build the Version III but, Jesus what a sad, bloated lens!  May as well just get a super wide for your SLR at that point.

The Version I makes a lot of sense to buy, even today, 20 years after it first hit the market.  You can use it on a Barnack Leica or an M with adapter.  It’s cheaper than the Version II and will deliver the exact same results.

The Version II was released about 10 years after the Version I, in 2009.  I chose this more expensive, less flexible version for a few reasons:

–Version I came with a 15mm viewfinder but it does not have framelines and, it’s plastic.  Version II did not come with a finder, allowing one to choose their finder.  By then Voigt was selling an all metal and glass brightline finder that is just as nice as a vintage Leica one.  Zeiss also makes a 15mm brightline finder but it’s nearly $200 more and rectangular.  Anyway, point is, I chose the Heliar II so as not to get stuck with the shitty plastic finder and I sprung for the more costly metal Voigtländer 15mm brigihtline finder.  It’s been very enjoyable to use.

–Heliar 15/4.5 Version II has the best ergonomics of all three versions.  It’s very small and features a traditional Leica-style focus tab which is handy given the relatively short focus throw and physical size of the lens.  Version I’s barrel is more conventional but less fun.  If using one, I’d probably be inclined to put a zip-tie on the focus ring.

–Version II is rangefinder coupled.  Arguably, you really don’t NEED to do more than zone focus with a super wide lens.  But when shooting at 4.5 at close distances, believe it or not, you can get a good amount of out-of-focus-area and I prefer to just do things “properly” rather than roll dice.

—As I’ve noted elsewhere, every LTM Cosina Voigtländer lens I’ve owned has met with an untimely and really, inexcusable demise due to poor durability.  Their M mount lenses are just made better.

–Both Version I and Version II are small enough lenses to keep in your bag “just in case.”  Version II uses a standard 52mm filter too if you’re into filters, and its hood is built-in.  So, unlike many other wide lenses, whose front elements protrude past the filter ring, it doesn’t require sizable or costly filters or adapters.  These things are important to consider when looking at a “special effects” lens because you probably don’t want to take room away from essential lenses within your camera bag.

A rectilinear super wide like the Voigtländer 15mm 4.5 Heliar is not for every shooter, or every shoot.  But it’s a great lens to cure creative stagnation and is fun to pull out of your bag after you’ve already gotten all your standard shots out of the way.  I hate to make it out to be a secondary lens though because, unlike a curvilinear wide, you can make the 15mm Heliar work for everything from landscapes to architecture and automotive or even to portraits without even distracting the average viewer with its effect. 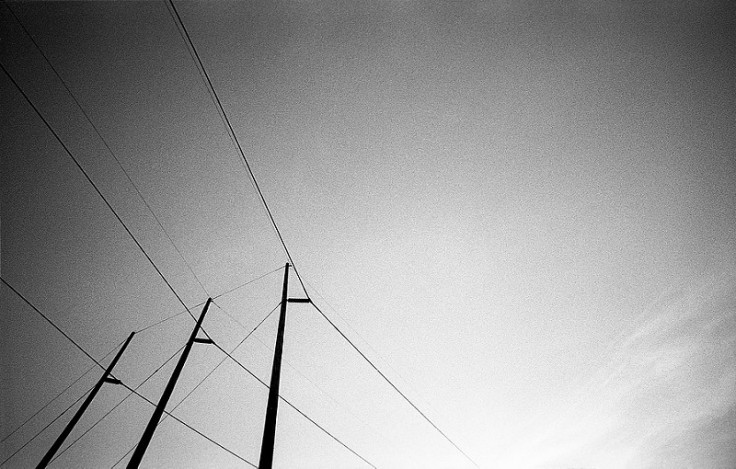 The Voigtländer 15mm 4.5 Heliar requires even the most skilled shooter to slow down and consider math and composition more precisely.  It’s unforgiving of sloppiness but simultaneously encourages fresh, fun approaches.  The Voigtländer 15mm is controlled crazy.  And I love it!

Call the proctologist and let them know that you’re a rectilinear super wide shooter now!

9 thoughts on “The Voigtländer 15mm 4.5 Heliar & An Introduction to Rectilinear Super Wides”